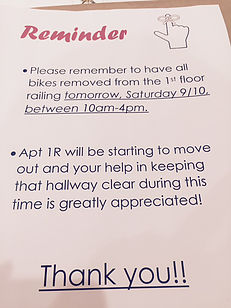 Woooooof what a week it’s been. These last 7 days have been filled with, mostly, really great food and a lot of F bombs. *Yes, in that order* Let me start on a lighter, happier note with the food portion of this post. Recently I’ve been trying to compile a bucket list of all the restaurants and bars I’d like to sip and dine at in New York, while I still live here. Although the places I visited this week weren’t all bucket list material, there were most certainly some delicious dishes.

Flashing back to Monday, aka Labor Day. As it was my first full day back in NYC, after my Bermudan vacay, I was feeling something greasy, literally and figuratively, but given it was a holiday I was also dreading venturing out into Manhattan. We were deciding where to eat and kept jumping back and forth between Pizza (Prince St of course), Pastrami, Mexican, Fried Chicken and even dabbled with the idea of Lobster Rolls at one point. We actually tried getting each of those cuisines but was turned down again and again for places being closed for the holiday or ‘just cuz’. First it started with Pizza – not closed but couldn’t bring myself to become a regular at Prince St in the span of 2 weeks – then, Pastrami – naturally, the line for Katz’ Deli was practically circling the block – Russ & Daughters – also too packed for my patience – Fried Chicken – eh, after scanning the menu I was feeling picky and my PMS said nah – we even tried making an impromptu stop at Red Hook Lobster Pound, which was closed for A/C repairs. *eye roll* Finally, we found somewhere that was open and had some pretty decent to rave reviews. We settled on Rosie’s, on 2nd St & 2nd Ave, which more specifically does an, “elevated take on Mexican dishes.” After studying the menu one of the first things I was drawn to were the words *Chicharron de queso; although I probly should have looked further into the other elements of the dish to see *Peanut Pumpkin Seed Salsa not far behind. To put it briefly, it wasn’t exactly a dining experience to be remembered.

After Rosie’s the week really seemed to pick up, in terms of delicious eats. I had used last week to take a break from the usual chicken, rice, veggie combo at work to treat myself a bit. Highlight’s of the week were a line up of Bacon Cheeseburgers, Banh Mi Sandwiches and Chicken & Waffles. Not to mention I cooked not once, but twice! *Tuna melts & Tostadas 4 lyfe* Also taking into consideration that I had been making myself Chocolate Chili Ice Cream Cones every night..by the time my coworker brought a box of Dough doughnuts to the office on Friday, I was feeling like it had been a pretty solid week overall. That was until Saturday…

Ah, Saturday. The day Brooklyn and I decided we should both go f*ck ourselves. A little back story here, I planned on moving Saturday. Yes, renting a 10 ft Uhaul in New York City, driving and parking, loading and unloading, praying not to f*ck things up too much and mostly just make it out alive. The day started fine, I guess. I bribed my sister Molly to help me, so we picked up the 10 footer and made our way through BK. Now as we arrived at my apartment I prayed for 2 things to happen – 1.) I would find a semi-decent parking spot that didn’t get me killed and 2.) the other tenants in my building had moved their bikes from the first floor railing leading to my apt. I knew before walking through the door that the bikes would be a trigger for me considering the management company had emailed everyone and not to mentioned I put ‘reminder’ flyers under everyone’s door the day prior, like the loser I am.

Ok, we arrive to the apt and it takes about 30 min, a bus almost killing us and several angry Brooklynites with some choice words, before half wedging into a spot. We park, Molly grabs the Dolly *had to* and we make our way inside. To our surprise – sarcasm – not 1 bike has been removed from the railing, in fact I think there were more bikes than there were the night before. In a blind rage *remember I knew this would be my trigger* my voice travels a little louder than usual as I express to my sister just how ‘f*cking rude’ this is. Over the course of the next 2 hours we try to squeeze and sandwich through a rack of bikes and a 2 foot hallway to get my 7 boxes, bar cart and clothes rack out the front door of my building. Please let me add that New York was having one of its days where it was 86 degrees but my iPhone informed me that it ‘felt like 93’ with the heat index, so yes we’re sweating balls at this point.

Finally, my room is packed – formally referred to as the Tuna Can for its 6.5 ft x 6.5 ft dimensions – and we peace the f*ck out leaving those god damn bikes behind forever. {Side note: a few days after moving out I received an email from the landlord that the apt was recently discovered to be infected with fleas. Not going to lie, after Saturday this news gave me a twisted smile, but I guess I can’t really call it Karma considering fleas + living in New York aren’t totally unheard of} Hopping my ass in the Uhaul and even parking/unloading at my new apt  – formally known as Jordan’s abode – wasn’t that bad. It got worse when we went to drop the truck off and had to circle the block because we missed the Uhaul dealership, and finally had to parallel park this giant thing on a busy, one way, 3 lane street in Brooklyn.

We planned to end the day by treating ourselves with a little celebratory Shake Shack. That was before Molly nearly fainted on the Q and we had to make a 911 pit stop at Prospect Park, but I digress. Thankfully and alas we made it to Shake Shack and after ordering myself a Shroom Burger {2 Portobello Mushrooms Deep Fried with Muenster Cheese in the middle} Molly regained consciousness and I lived another day having not been killed or killing someone myself. All in all I still stand by the idea that it was a solid week. Living in New York I’ve come to find that most days are equal parts stress, exhaustion and bomb a$$ food, so sometimes you just gotta let the F bombs roll right off you. 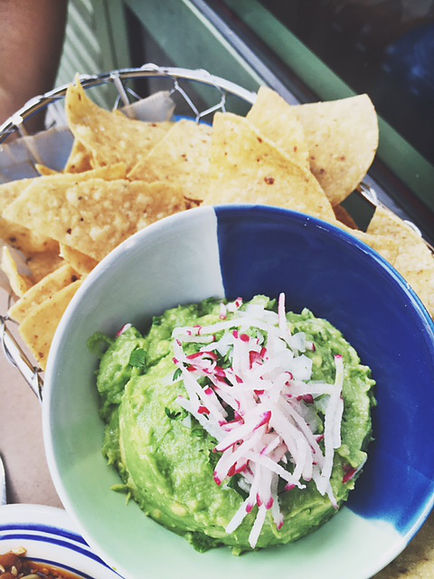 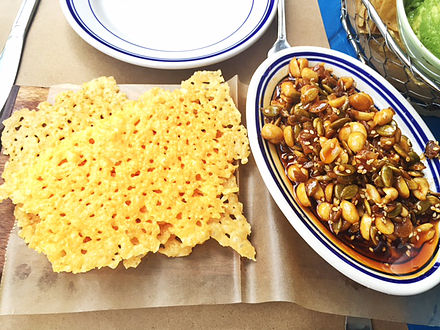 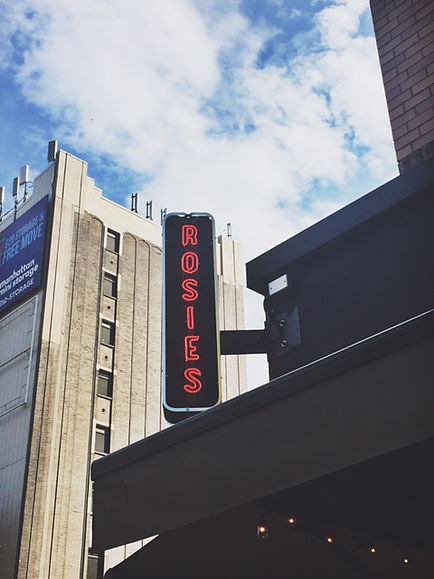 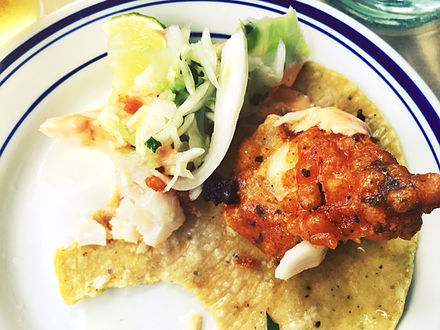 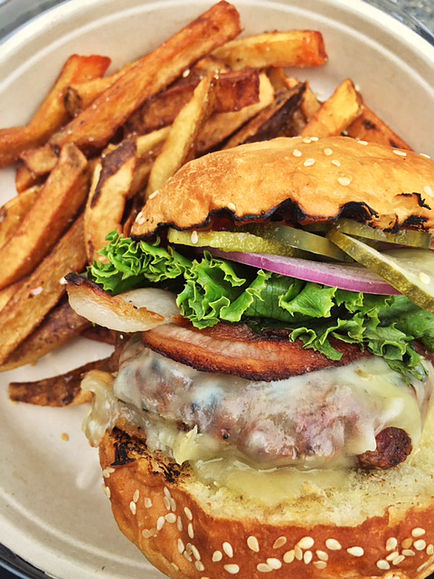 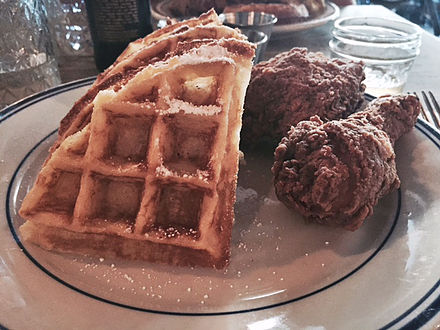 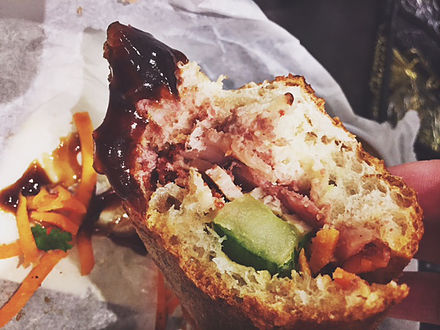 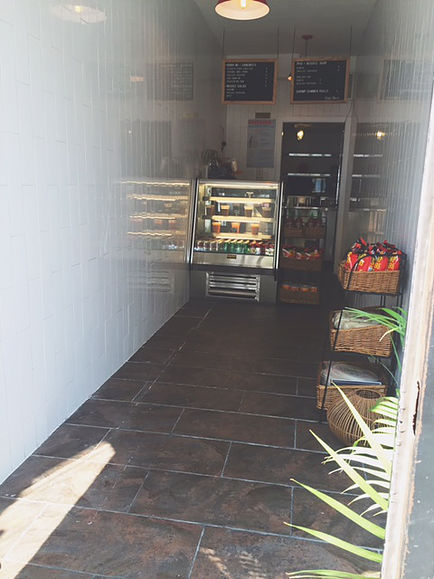 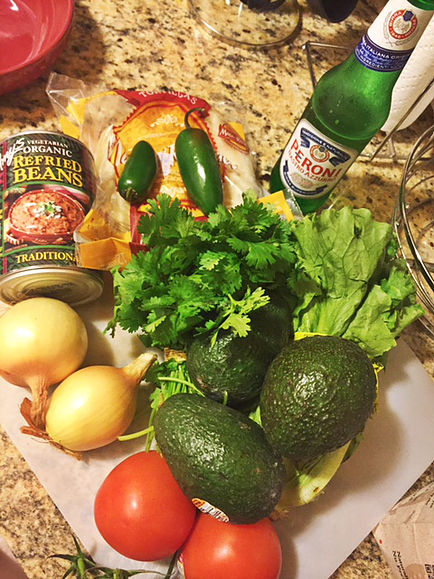 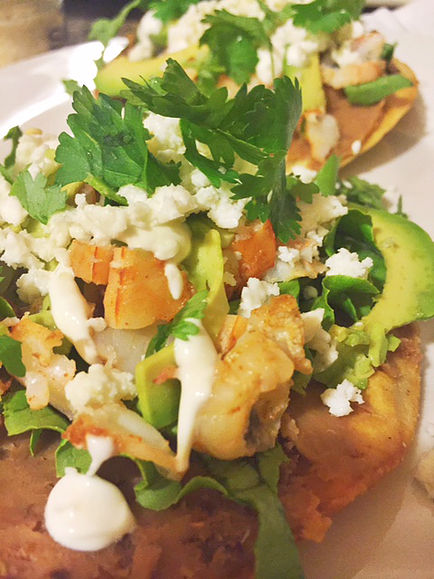 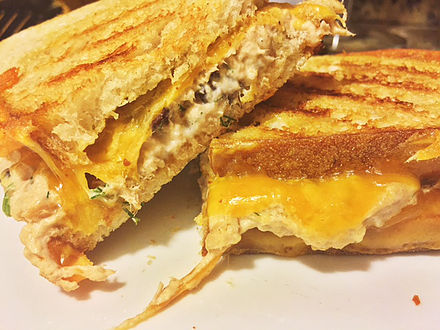 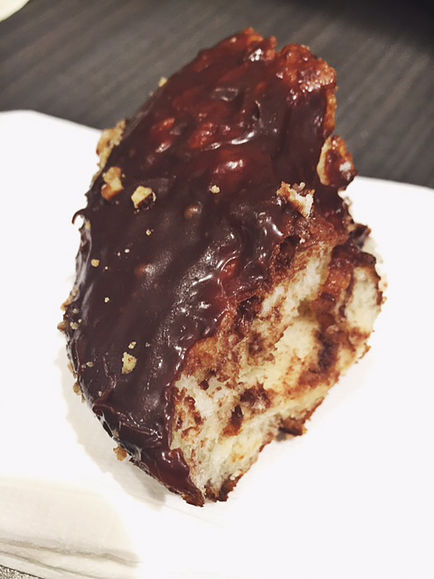 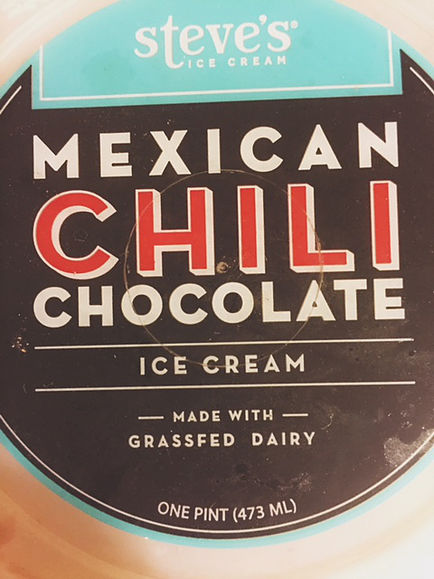 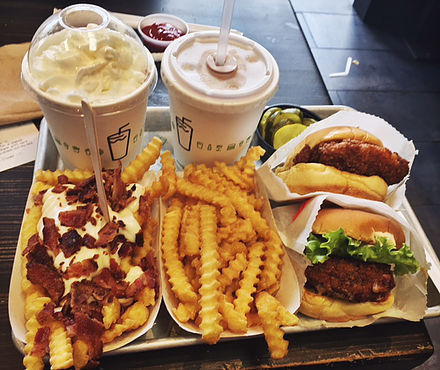