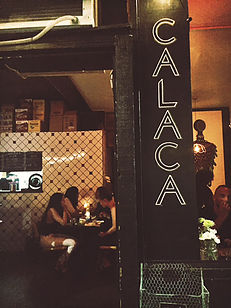 Ahh Wednesday. Hump Day. Indicator that the work week is nearly over. Etc etc. Thankfully this Wednesday was technically my Thursday, since I planned to take Friday off. {if that makes sense} That being said, despite the fact that the L was delayed, I was in higher spirits than usual as I made my way down Bedford Ave to work. I took advantage of the train delay to stop at my favorite coffee shop and grab a ‘Nounós Greek Yogurt’ to go. {I mean I was already late right?}  I resisted every urge to get my usual whole wheat bagel w/ veggie cream cheese because I’m going to be in a bathing suit this weekend and I really should try a little harder the day before my trip. However, that didn’t stop me from getting the most healthy ‘fat girl’ flavor which happened to be their ‘apple pie à la mode’. {side note: it was actually really delicious and I highly recommend}

I kind of bee-bopped through the work day since I was mostly just thinking of my plans after work, mani/pedi & tacos. As the clock inched towards 5:20 I feared I may be running a few minutes later to my appt than anticipated (shocker) so I used that as an excuse to shut things down and gtfo of work for the day. Now even though I was excited to get my nails done {I’m about to describe such a ‘first world problem’/basic bitch dilemma, I apologize in advance} for some reason it reeeeally stresses me out. I get my nails done very seldom but when I do it triggers something that sends my OCD over the edge. I get so anal over a smudge, smear, or imperfection I should probly be committed. THANKFULLY everything was impeccable until my sister jerked her hand and all hell broke loose. For my sake and sanity I made her get it fixed immediately, surprisingly she obliged.

After my blood pressure dropped a bit we headed to tacos at a literal, but amazing and delicious, hole in the wall near my apt.  Calaca which as described most accurately by Google offers, “Homestyle Mexican bites & inventive cocktails served in an intimate, stylish space.” During the day you would never know this place existed behind the rolling security gate that protects most of New York City’s restaurants and bodega’s during closed hours, and since they typically open at 5pm (sometimes 2pm on S/S) you have to make sure you hit them at the right time.

When they are open you arrive welcomed by open shutters and no screens. The inside is incredibly intimate as the dining space is no bigger than 700 sq feet and the kitchen is similar to that of a broom closet. Even so, the food is amazing and the cocktails are simple but strong. I typically gravitate towards a few menu items – their Aguachile (shrimp) & Frijol (bean/avocado/queso fresco) tostadas and always at least one of their Cochinita (achiote pork), Pescado (fish), Gobernador (shrimp) or Carnitas (braised pork) tacos + chips/guac/salsa always.

Anyways, I set my mind on 3 items on this particular visit – Frijol tostada, Gobernador taco and Cochinita taco. It felt like the right choice, I was starving and honestly couldn’t wait to go ham. It wasn’t until our server returned to take our order that I faced my first obstacle. There was a slight language barrier as he informed us that they had no fish that night. Again, as we already had some communication issues I assumed that meant shrimp, Pescado, everything, so I changed my order to 2 pork tacos  – the Cochinita and the Carnitas – & the tostada. A few minutes later he returns to let us know they’re also out of beans, and whoop there goes the tostada too. But still, no biggy – our food comes, a little too much pork but delicious nonetheless. It’s not until I overhear another table ordering shrimp entrees that I realize I probly should have spent the extra minute or so clarifying exactly what they were out of. {Remember after my Chipotle Guac Outage disaster the previous week I was feeling a little defeated} At that moment I’m inevitably stricken with the nasty, bitter feeling that is ‘menu remorse’.

Still, even with no beans, shrimp and too much pork I pull myself together because at the end of the day I’m talking about fucking tacos and have to ask myself ‘is it really that serious’. As I try and convince myself ‘no’ {and tune out my head that’s screaming ‘yes’} the cherry on top of everything happens. Another table next to us gets 3 amazing, steamy and mouth watering Mexican corn cobs delivered to their table. At this point I hate myself, what’s wrong with me?! HOW COULD I FORGET THEY HAD MEXICAN CORN ON THE MENU? From there I really ‘just can’t’ and get the check, chug the rest of my Tecate and gtfo. I have to admit as I’m leaving I’m already mentally making plans for my next visit, because the food, atmosphere and cocktails are too good not to, and pray to Jesus above that there will be enough shrimp, beans and corn to feed an army come round 2. 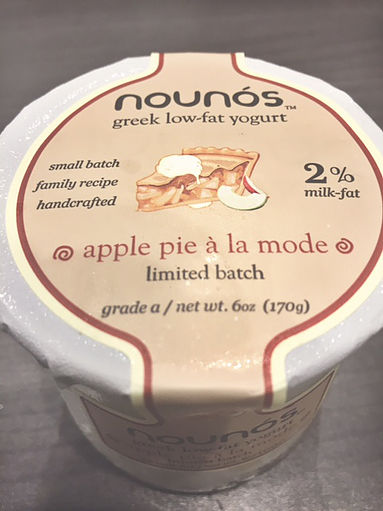 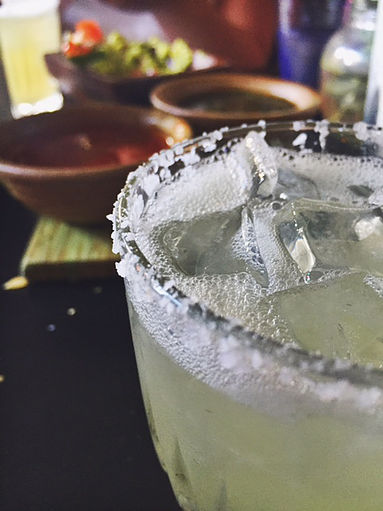 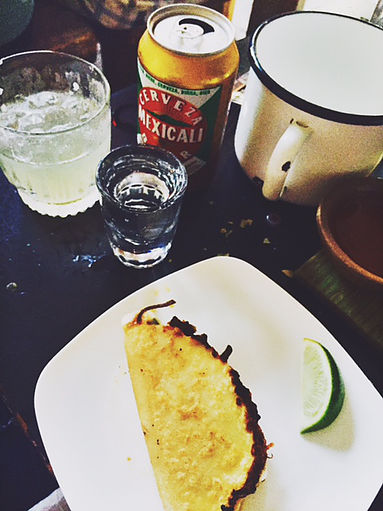 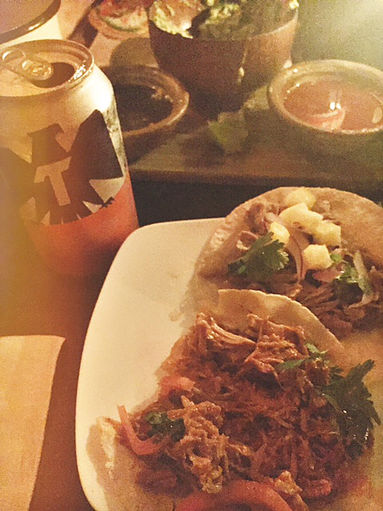 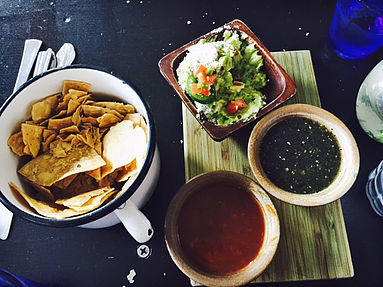 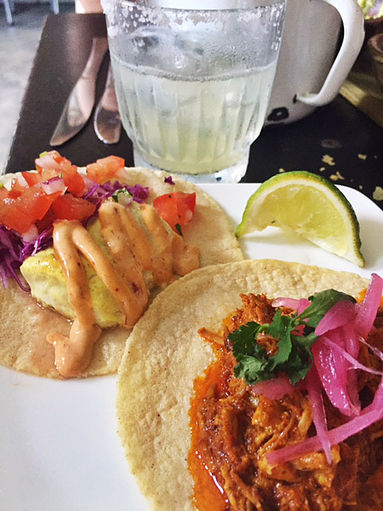 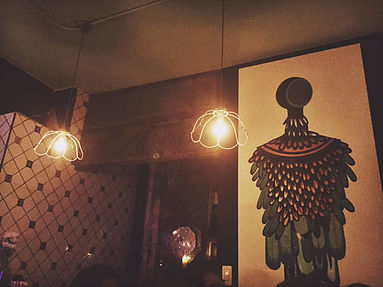 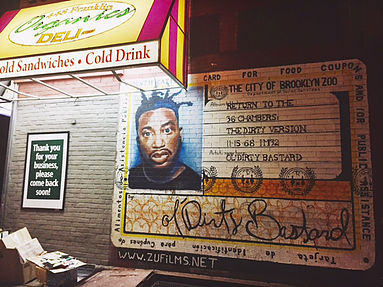